With No Will, Aretha’s Kids Will Inherit Big Tax Bite 沒有遺囑，艾瑞莎的孩子將要支付大筆遺產稅 (中英對照) 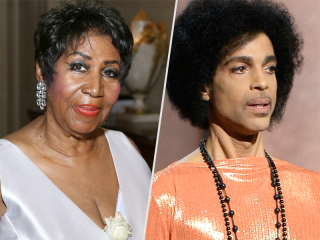 “Aretha Franklin's death is going to cause some headaches for her heirs.”

The Queen of Soul did not have an estate plan, a will or a trust when she died from pancreatic cancer recently, according to news reports. That’s especially surprising, said Investment News in the article “Aretha Franklin estate echoes planning problems of Prince,” since her estate has already been valued at as much as $80 million.

Franklin was not married, so the estate will pass to her four children. It’s similar to the situation that occurred when Prince died unmarried and without a will in 2016.

Had she been married her estate would have passed tax-free to a spouse and there would have been planning opportunities available at that time.

Franklin’s four kids will now receive equal shares of her estate. However, they will have to pay a considerable amount in taxes. She was a resident of Michigan, which does not have an estate tax, so there won’t be a state estate tax. However, the federal government takes 40% of portions of the estate valued over $11.18 million. In other words, a $27.5 million tax bill.

Without the benefit of a trust being established by a will, those assets will be taxed again by the federal government at the time that the four heirs pass, when the money moves to her grandchildren.

Celebrity estates, like that of Franklin, must undergo a complex valuation process to correctly assign an approximate future value of income. Like Prince, there are image rights and music royalties, and the buzz surrounding her death is likely to inflate its value and the tax that will be levied.

While Michigan does not have an estate tax, the state does have a “postmortem right of publicity,” meaning that her heirs have the right to legally protect her image for commercial use. Her postmortem rights of publicity are expected to be extremely high, because of her iconic stature as a musician, songwriter and cultural touchstone.

Estates of celebrities and creative artists are required to be valued and the appraisal must be reconciled with a parallel appraisal conducted by the IRS. Remember Michael Jackson’s situation? The estate initially valued his name and image at $2,015, while the IRS valued it at more than $434 million.

One of Franklin’s children reportedly has special needs. This could put him in a precarious position. If he inherits a large sum of money, he will no longer be eligible for any government programs. Given the size of his inheritance, that will not be a problem. For those with less wealth, however, that is why estate planners encourage the use of special needs trusts. This not only protects the child’s eligibility but protects them from misusing the money or being scammed by unscrupulous individuals.

Don’t follow the Queen of Soul’s footprints, when it comes to estate planning. Have a will and other important documents prepared by an estate planning attorney.