Can a Substitution Be Named for a Power of Attorney? 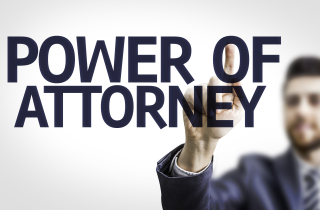 “Historically, the purpose of a power of attorney is to select an agent (and ideally, successor agents) to act, in case you need assistance.”

Naming a trusted individual, whether a family member or a friend, to be your power of attorney is a significant decision. That person has the power to make financial decisions on your behalf, when you are unable to do so. It is, therefore, a serious responsibility, says My San Antonio Life in the article “Substitution of Agent and Delegation of Authority.”

Here’s an example of what can go wrong. A man’s father signed a durable power of attorney a decade ago, naming his son as his agent in preparation for the possibility that the time would come when he could no longer make decisions on his own. He is now living in a nursing home and is not always clear in his mind. His son wishes to sell his father’s car. However, the car dealership is not accepting the power of attorney.

Here’s the twist: the dealership wants the son to assign one of its employees as the father’s agent, so they can sign papers for the elderly man relating to the sale of the car.

That’s a big red flag. First, the son is unlikely to have the right to assign a different person to have the power to represent his father.

The statute behind the durable power of authority does not authorize delegation of authority.

The authority granted to the son is personal—meaning it was intended for his own personal judgment and discretion be used to represent his father, not someone else.

The legal concept of substitution is not used very often. In Texas, a court case dates back to 1866, Smith v. Sublett, that holds that the “the doctrine in relation to substitution is, that the authority is exclusively personal, unless from the express language used, or from their presumption growing out of the particular transactions, or of the usage of trade, a broader power was to be conferred upon the agent.”

In other words, unless the language in the power of attorney said the person could substitute someone else in a specific transaction, the power rests solely with the person named.

There was a change to the law in Texas in 2017, and it introduced two important concepts.

The third party must either accept the durable power of attorney or have valid grounds for refusing it, and the person naming the agent (in this case, the father) must have authorized the agent (the son) to delegate various actions to others.

Speak with an estate planning attorney about what to do with the sale of the car through the use of power of attorney. If you run into a situation like this, consider finding another car dealer.

Reference: My San Antonio Life (Oct. 30, 2018) “Substitution of Agent and Delegation of Authority.”