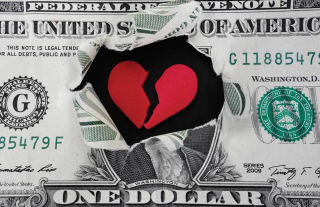 “When all is said and done, ending a marriage can be almost as destructive to your retirement savings as the Great Recession was, according to new findings from the Center for Retirement Research at Boston College.”

It is almost impossible to end a marriage and to leave retirement savings intact. Between the cost of legal fees and the division of assets and households with one income instead of two, the cost of divorce is high. As CNBC reports in “This move is almost as bad for your retirement savings as the Great Recession was,” divorce puts people’s retirements at risk and some folks have to work many more years as a result.

Current statistics show that approximately 40% of all marriages end in divorce. Researchers at Boston College behind the National Retirement Risk Index examined how likely individuals are to maintain their standard of living, once they retire. As of 2016, half of working-age households were reported to be at risk. Divorce pushes up a retirement risk for a person by 7 percentage points, while the 2008 financial crisis added 9 points.

Here are more reasons why divorce deals a tough blow to retirement:

Dividing up a 401(k) when only one spouse was working can be tricky. You’ll need a court order known as a QDRO (a domestic relations order) to divide the account. The nonparticipating spouse of a 401(k) can typically receive funds from their ex’s as cash and not have to pay a tax penalty for the early withdrawal.  However, that money should be set aside for retirement. The money is often used to pay off debt or to fund the purchase of a new home. That means there is much less available for retirement.

Once the financial dust has settled, experts recommend reviewing both your retirement plan and estate plan. You’ll want to make changes on documents, including life insurance policies and any assets where your former spouse was listed. There may be court orders concerning retitling accounts. Failure to make changes can have disastrous consequences.  Speak with your estate planning attorney, to make sure your estate plan matches your new marital status.

Reference: CNBC (June 28, 20918) This move is almost as bad for your retirement savings as the Great Recession was”

要結束婚姻並保持退休儲蓄不變幾乎是不可能。由於法律費用和離婚後資產分配和家庭少了一份收入，離婚的代價費用會很高。如同CNBC中討論 “This move is almost as bad for your retirement savings as the Great Recession was,”(對於退休儲蓄來說，這一舉措幾乎與大衰退一樣糟糕) 離婚使人們的退休處於危險之中，因此一些人離婚後必須工作多年才能退休。

參考: CNBC (June 28, 20918) This move is almost as bad for your retirement savings as the Great Recession was”