Are You Sure Your Kids Want the Cabin on the Lake? 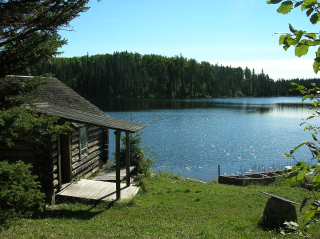 “In the coming decades, baby boomers in the U.S. are expected to transfer an estimated $30 trillion in assets to subsequent generations. For many families in Minnesota, that will include the family cabin.”

One of the key markers of summer in many areas is crowded roads, as folks head out of the city to their summer retreats, like the Outer Banks of the Carolinas or the Berkshire Mountains. They know it’s summer in Minnesota, when the roads are filled with families headed to lake cabins. The tradition may not last another generation, according to MinnPost’s in “The uncertain future of cabins in Minnesota.”

Millennials in their early adulthood have already made it clear that they are more interested in experiences than ownership. They earn less on average than their parents and many are coping with college debt. At the same time, lake cabins are getting more expensive to buy and maintain. If you’re used to booking a place to stay easily and inexpensively with an online service, why own a cabin?

The average lake home or cabin owner in Minnesota today is 68 years old.  They will likely age out of cabin ownership in the coming years. That’s a big transfer of land, say officials at the Minnesota Lakes and Rivers Advocates. That’s up from 58 in 1999 and 62 in 2005. For many families selling the family cabin is a way to pay for end-of-life medical bills.

For others, the question is: do the kids or grandchildren even want to own the property or if it goes up for sale, who’s buying?

It’s more likely that the land will be purchased, and the old cabins will be torn down, only to be replaced with a far more expensive home on the property.

“Over the past few decades, lake properties have dramatically increased in value, making them harder and harder for the average person to obtain,” writes Cameron Henkel, co-founder of a lake property real estate brokerage. Supply is tight, so people must go even farther from metro areas, if budgets are limited.

If your family’s assets include a second home, don’t assume your children want to keep it. Planning for the future starts with a conversation among family members. Do they want to keep it in the family? Will they be able to afford to pay for upkeep and property taxes?

Many families keep the lake cabin in the family, by transferring it into a trust. This lets multiple family members have a stake in the property. It also allows property transfer to take place, without the probate process. Costs are shared which makes it easier for millennials.

Reference: MinnPost (April 27, 2018) “The uncertain future of cabins in Minnesota”