The amount of Social Security benefits a surviving spouse receives depends, in part, on when their deceased spouse began claiming benefits. However, husbands usually don’t take survivor’s benefits into account when claiming benefits, according to a recent study, meaning that many widows will needlessly experience a significant drop in income.

Because women typically live longer than men and men are often the higher earners, most married women will be widowed and will have their income drop below what they need to maintain their accustomed standard of living. Spouses of a worker who has died are entitled to the worker's full retirement benefits once they reach their full retirement age. If the worker delayed retirement, the survivor's benefit will be higher. Husbands have the option of increasing their surviving spouse’s income by delaying Social Security benefits, but according to a study by the Center for Retirement Research at Boston College, most husbands do not take their wives’ future needs into consideration.

The study looked at whether greater awareness of Social Security Survivor’s benefits would affect claiming decisions. The study found that husbands tend to take more immediate concerns into consideration, such as their health and whether they have another pension, rather than their wives’ Survivor’s Benefits. Giving the husbands information about how they could improve their wives’ financial well-being by claiming benefits later did not change their claiming decisions.

The study concludes that in order to protect widows, the government should consider providing Survivor’s Benefits in a way that doesn’t tie the surviving spouse’s benefits to the decision of when to claim benefits. As things stands now, however, if you are the higher earner and are nearing retirement, you may want to take into account how your decision on when to claim benefits will affect your spouse if he or she survives you.

To come up with a plan that will best protect you and your spouse, contact your attorney.

He Retires but It Doesn’t Mean You Should 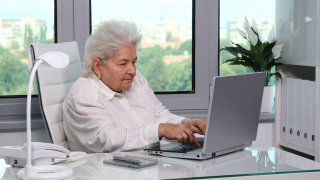 “Women who retire when their husbands do, may be giving up more wealth than they realize.”

Women in their 50s and 60s are in their peak earnings years, while their male counterparts are usually on the decline, according to an associate professor of health care policy at Harvard Medical School. The associate professor is the author of a recent study about couple’s incomes and retirement patterns. As a result, reports The Berkshire Eagle in the article “Women who retire with their husbands can lose out,” women sacrifice more Social Security wealth than married men, when they retire early.

Social Security benefits are based on a worker’s 35 highest earning years, so each additional year a woman works should be considered to replace an earlier year, when she was working for a lower salary, or when she was out of the workplace completely because she was home raising children. This is more often the case for women in their 50s and 60s than it is for men.

What often happens is that these women retire when their husbands do. That takes away two, three or more years of their top earnings potential. Early retirement also poses a threat to women, who live longer and spend more years in retirement.

Women’s longer life expectancies mean they are statistically more likely to outlive their husbands and are at greater risk of outliving their savings. The numbers are worrisome: women are 80% more likely to live in poverty after age 65 than men, according to the National Institute of Retirement Security.

Social Security checks, if they are robust enough, can be a big help to widows. As long as you live you receive them, and they can’t be reduced by market downturns.

What can you do?

Just because you retire doesn’t mean you have to start taking Social Security. Putting off filing for these benefits as long as you can, is often the best way to maintain some kind of cash flow. If you file at age 62, for example, you are missing out on years of possible increases. Benefits rise by about 7% every year from age 62 to full retirement age. After that, checks increase by 8% until you max out at age 70.

It’s not just about the money for working women. Couples must consider the emotional impact of two retirements, rather than staggering them over a period of years. What happens if both of you are suddenly home together, all the time? That’s a big adjustment for a couple.

Have a conversation with your spouse that is about more than just your larger dreams and hopes for this part of your life. How will each of you spend your time, if you both retire? Are you ready to give up both incomes and how will you manage the change? Don’t wait until it’s a done deal: talk it over now.

The start of retirement is usually an exciting time, when couples enjoy having so much time together. The awareness of one’s mortality increases and the sense of making the most of the time that is left becomes very compelling.

Reference: The Berkshire Eagle (Sep. 20, 2018) “Women who retire with their husbands can lose out”