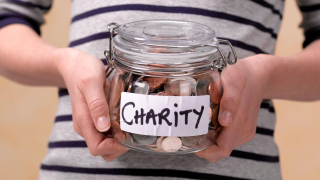 Relatives of a former secretary were surprised to learn that she had quietly built up a fortune over the years and left most of it to charity.

Sylvia Bloom went to work at a small Wall Street law firm as a legal secretary when she was a young woman. She stayed with the firm for 67 years and retired at the age of 96. She passed away in 2016.

Bloom began working at the firm when it was common for secretaries to purchase investments for their employers. Lawyers would tell Bloom what they wanted to invest in. Her job was to make the purchase with the broker. However, Bloom also did something unusual.

She used some of her own money.  However, she also made smaller purchases for herself, under the assumption that if the lawyers thought something was a good investment, it was probably good enough for her as well. Bloom was not wrong, as The New York Times reported in "96-Year-Old Secretary Quietly Amasses Fortune, Then Donates $8.2 Million."

After Bloom passed away, the executrix of her estate discovered that Bloom had $9 million spread over several brokerage accounts. Bloom's last will left some of that money to her family.  However, more than $8.2 million was designated to go to charities for scholarships to needy students of the executrix's choosing. As with many similar stories of people who lived frugally and donated large amounts of money to charity in their wills, Bloom's friends and family had no idea that she was wealthy.

If you want to leave your legacy to charities, you should have a plan and an estate planning attorney can assist you.