Will You Live Longer, If You Retire Earlier? 如果你早點退休，你會活得更久嗎？ (中英對照) 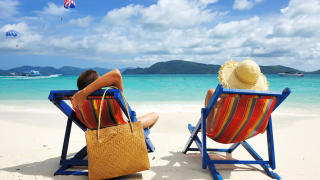 “Research suggests the key to lengthening your lifespan, might be an early departure from the workforce.”

Want to live longer? Think about retiring earlier, according to a study from the journal Health Economics that linked early retirement with a longer lifespan. US News reported on the study in the article “Could an Early Retirement Help You Live Longer?” Researchers examined the lifespans of civil servants who took advantage of a temporary government program that permitted them to retire as early as 55.

An earlier piece of research published by the University of Wisconsin System showed that people who had more leisure time in retirement used it to adopt healthy habits, such as more exercise and stopping smoking. Another positive factor for early retirement and longer lifespans is the reduction of stress, particularly for people in pressurized professions.

Unfortunately, it’s not always that simple. The circumstances under which someone retires may have a lot to do with overall health. Their lifespan is likely to be related to how they spend their newly found free time, once they leave the workplace.

Just as there are studies that show a connection between early retirement and longer life expectancy, there are also studies that show just the opposite. People who are forced into an early retirement because of a layoff, may not feel the same way as people who retire early so they can pursue their passions. People who retire because of health issues, could die prematurely for reasons that have nothing to do with their employment status.

A key finding was that a purpose in retirement is paramount for health and happiness. Rather than devoting time worrying about your lifespan, focus on making sure that your time is being well-spent. Start by defining new milestones for your life and look internally to understand what you want out of your retirement years, rather than basing your goals on any pre-conceived notions of what you “should” be doing.

However, the one thing you should be doing before retirement, is meeting with an estate planning attorney to make sure you have all the correct documents prepared to protect you and your loved ones.  You can then focus your attention on giving your life purpose and taking good care of your health and well-being.