Will the 2019 Social Security COLA Make a Difference? 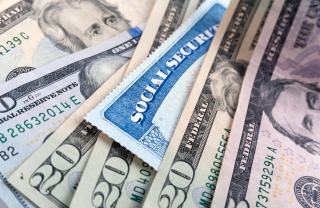 “The nation’s 67.6 million Social Security beneficiaries will receive a 2.8% cost of living (COLA) increase next year, the Social Security Administration announced recently. That translates to a monthly boost of $39, to a total of $1,461 for the average beneficiary.”

It may sound like a fair increase, but it won’t amount to much, since the COLA (Cost of Living) increase will quickly be gobbled up by an increase in health care costs. That’s according to Next Avenue’s recent article titled “The Truth About 2019’s Social Security Cost-of-Living Increase.”

Social Security beneficiaries should not expect to see much in the way of an increase in their monthly checks. That’s despite receiving the highest COLA in seven years. Why aren’t more people upset by this?

The Department of Health and Human Services, which oversees Medicare, could have held its 2019 Part B premiums at the same level they are today but that might have been seen as a political move.

There is a Social Security rule that says benefits may not decline from one year to the next, including the impact of increases of Part B premiums. In the past, annual COLAs were normally large enough for people to pay the higher Part B premium and still see an increase in their Social Security benefits. However, since 2009 there have been three years with a zero COLA, and one year it was only 0.3%. In those years, the hold-harmless rule was invoked, and many people did not have to pay those Part B premiums.

What can be done to help this program, which helps the most vulnerable elderly citizens?

The hope would be to make benefits more progressive, helping workers with lower earnings at a higher rate than those with higher earnings. However, unless funds come from the higher earners, Social Security would become even more expensive than it is.

Social Security supporters have worried that any movement away from the system now in place toward something that would favor the neediest, would undermine any existing support for Social Security.