Can I Challenge My Mom's New Trust Based on Undue Influence? 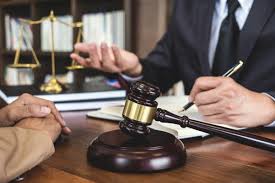 I have received this question from a reader: What can I do if I believe that my brother used undue influence on our 95-year-old mother to get her to amend her trust? He took her to a lawyer to change the original trust, which split everything evenly between my brother and me. The new trust now goes to him and then to his kids. My mother began experiencing dementia three years ago. Before this, she always treated everyone in the family equally. He also had her sign a power of attorney and hasn’t let me see or speak to her for two years.

You can certainly challenge the new estate plan. The question is whether it is easier to do it now or after your mother’s death. To do it now, you would probably need to seek a conservatorship over your mother. This would likely be very expensive, but it would help you preserve the evidence of your mother’s weakened cognitive ability and your brother’s influence over her. The other approach is to wait until after your mother passes away and then challenge the trust through your mother’s estate by asking to be appointed as her personal representative. While the trust is not a probate asset, as personal representative you would have standing to question the recent change. You may also have standing as a beneficiary of the original trust. This also is likely to be an expensive, difficult litigation. One potential advantage of pursuing the case after your mother’s death is that it would be easier to find a lawyer who would take the case on a contingency basis, at least if there’s enough at stake to make it worth the lawyer’s effort.