« Planning for Three Financial Phases of Retirement: Spending Down, Final Spending and Legacy | Main | How Am I Going to Have Enough Money to Retire? »

What is a Failed Testamentary Transfer and How Do I Prevent it From Happening? 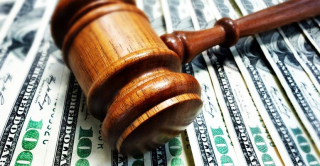 “What then happens when gifts made in a testamentary instrument, such as a will or a trust, lapse (fail) because the beneficiary is either deceased or is deemed to be deceased (such as with an ex-spouse)?”

The goal of any estate plan is to avoid “intestacy” — that is, when all or some of a person’s estate goes to their surviving heirs, and not to beneficiaries who were named in the decedent’s will or trust. After all, that was the point of having a will in the first place, wasn’t it?

However, as reported in Lake Country News’ article “Estate Planning: Failed Testamentary transfers,” things don’t always work out as planned. If the beneficiary is unable to receive the asset, the best possible situation is for the asset to go to an alternative beneficiary. That’s why every will, trust and any asset of any kind with a beneficiary designation should have an alternative or secondary beneficiary.  However, what happens when there’s no such person named?

The share of the asset will be divided into as many shares, as there are living members of the next generation of kin.

Here’s an example: Let’s say a father makes a gift to his beloved daughter Susan. Sadly, Susan dies before her father. She has two daughters, Dawn and Heather. There’s also a son, Phil, who has passed away, with two surviving children (who were Susan’s grandchildren).

The shares of the father’s gift to Susan is divided by a right of representation into three equal shares: one share each for both of Susan’s daughters Dawn and Heather, and one share for her son Phil, because he has two surviving children.

The share for Phil’s two kids is split equally between the two boys.

This division of assets is a statutory response to what can happen when children do not live longer than their parents.

When there is no alternative beneficiary to inherit and the Anti-Lapse statute does not apply, then the gift is subject to a residual clause. This determines how the remainder, or balance, of the assets are distributed after any specific gifts or assets and monetary gifts are made. First in line: any debts or taxes that need to be paid by the estate.

When there are no specific or monetary gifts, the residuary clause distributes the decedent’s entire estate.

Let’s say Bob leaves his entire estate to his friend George. The Anti-Lapse statute does not apply, because Bob’s heir is not a relative. The will has a residuary clause that gives the remainder of the estate to Bob’s own children equally, even though that might not have been Bob’s intention.

While every state has different laws, this is a good example of why it is very important to update your will on a regular basis. It’s also important to have alternative or secondary heirs named as beneficiaries in your will. Life has a way of surprising us. If your will is not up to date, your assets may not go to the people you had intended.