« Without a Plan, Your Estate Could be at Risk 沒有計劃，您的資產可能會面臨風險 (中英對照) | Main | Estate Planning When a Family Member Is an Addict »

Should a Professional Serve as a Trustee for Your Estate? 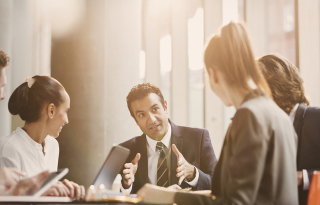 “Typically, criticisms of trustees center around fees, locality and beneficiaries’ perceived lack of access to funds and to the administrator.”

Officers at trust companies often hear comments that it hardly seems necessary to have a professional involved in administering an estate. After all, they ask, how difficult can it be? Serving as a trustee can actually be extremely complex, says Kiplinger in the article that explains it all: “Why You May Need a Pro Trustee: Trust Administration is Not Just Common Sense.” Here’s one of many examples of how much can go wrong.

Let’s call our client Linda. She wants to identify a successor trustee. Linda’s parents had identical estate plans with trusts that were set up for Linda and her two siblings Jack and Diane. Linda was the family’s responsible one, so she received her share in each estate outright and served as the trustee for the other separate trusts, two for Jack and, two for Diane, since the second of her parents died some 10 years ago. This is not unusual—parents will often give the responsible person in the family, the role of trustee, when their siblings are seen as less likely to perform the necessary tasks.

These four trusts were close in value, with about $440,000 in each. They were identical in other ways: the trustee had the power to pay from income and principal each year for the beneficiary’s health, maintenance and support, but there was no requirement to distribute anything. Linda had done a great job, in keeping with her reputation. For 10 years, she recorded every transaction. Because she knew her siblings resented her serving as trustee, she never paid herself a fee.

Linda was tired, and she wanted to let someone else be in charge of the trusts.

When the trusts were presented to an institutional trust officer, it was clear why the trusts had never been merged. Linda’s mom had executed an amendment to the estate plan, after Linda’s dad died that ensured that when these siblings passed (that would be Jack and Diane), the trusts would pass to their descendants. Linda’s mom executed this amendment, so that when Jack and Diane passed away, the trust from the mother would be divided among her surviving children. This meant that Linda would get another share, and Jack and Diane’s children would get less benefit from that trust.

Linda’s mom thought she was doing a good thing. However, her decision put Linda in a bad position. She became an “interested” trustee, with the power to make decisions that would eventually put more funds into her pockets or diminish her share. Of course, that would only happen if she outlived her siblings.

Linda had been diligent and responsible, insuring that the trusts had the exact same asset allocation and investments, paying out income from the trust and when one called asking for money, giving both the same additional amount from the mother’s trust and the father’s trust, even though any distributions made from the mother’s trust make her less likely to receive a larger share in the future. She also made the same distribution for the other sibling, to keep things even.

However, Linda’s actions, while seemingly very prudent and fair, could be interpreted as a breach of trust that leaves her open to a lawsuit judgment against her.

Her sister Diane had few or no other income sources. Each year, she spent every penny she got, just to get by. Diane requested additional distributions every year. When Diane dies, Jack will receive an additional share of Diane’s trusts, if he survives her.

Jack had plenty of income and assets. If Diane survived him, she’d receive a share of one of his trusts. But wait—Jack’s been receiving funds from the trust that was to have benefited his spouse and dependents, not Diane. Therefore, while Linda’s been trying to keep everything fair, she has actually been undermining the trusts that may pass to Jack’s descendants, by distributing funds Jack didn’t even need. Linda could have made distributions from her mother’s trusts to increase the chances that Jack’s and Diane’s descendants would receive a greater share at their parent’s death.

Linda didn’t see the larger picture, and as a result has made 10 years of decisions that could create a serious financial problem for herself, if one of her siblings is litigious.

This is one example of how even the best of intentions and integrity have the potential to create a trust nightmare. An estate planning attorney would have seen the vulnerabilities in this distribution plan and advised the trustee how to best deal with the administration of the trusts to protect themselves and the other heirs.

Reference: Kiplinger (Jan. 14, 2019) “Why You May Need a Pro Trustee: Trust Administration is Not Just Common Sense”