Caregiver Contracts: How to Pay a Family Member for Care Although people are willing to voluntarily care for a parent or loved one without any promise of compensation, entering into a caregiver contract (also called personal service or personal care agreement) with a family member can have many benefits. It rewards the family member doing the work. It can help alleviate tension between family members by making sure the work is fairly compensated. In addition, it can be a be a key part of Medicaid planning, helping to spend down savings so that the elder might more easily be able to qualify for Medicaid long-term care coverage, if necessary.

The following are some things to keep in mind when drafting a caregiver contract:

Other sources of payment. If the elder does not have enough money to pay his or her caregiver, there may be other sources of payment. A long-term care insurance policy may cover family caregivers, for example. Also, there may be state or federal government programs that compensate family caregivers. Check with your local Agency on Aging to get more information. 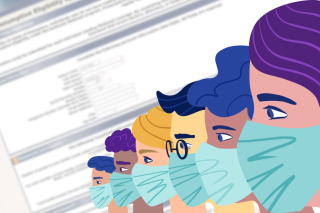 Reversing a three-year decline, the number of people covered by Medicaid nationwide rose markedly this spring as the impact of the recession caused by the outbreak of COVID-19 began to take hold.

Yet, the growth in participation in the state-federal health insurance program for low-income people was less than many analysts predicted. One possible factor tempering enrollment: People with concerns about catching the coronavirus avoided seeking care and figured they didn’t need the coverage.

Program sign-ups are widely expected to accelerate through the summer, reflecting the higher number of unemployed. As people lose their jobs, many often are left without workplace coverage or the money to buy insurance on their own.

Medicaid enrollment was 72.3 million in April, up from 71.5 million in March and 71 million in February, according to the latest enrollment figures released last week by the Centers for Medicare & Medicaid Services. The increase in March was the first enrollment uptick since March 2017.

About half of the people enrolled in Medicaid are children.

The increases varied widely around the country. Kentucky had the largest jump at nearly 7% from March to April. In addition, enrollment rose to 1.4 million in April from 1.2 million in February, according to the CMS data. That has continued, and today it’s up to 1.5 million, state officials said in an interview.

Kentucky has an aggressive outreach strategy using email or phone calls to contact thousands of residents who applied for state unemployment insurance, designed to make sure they know about Medicaid. “It’s been very effective, and in the past few weeks we’ve been enrolling 8,000 to 10,000 people a week,” said Eric Friedlander, secretary of the Kentucky Cabinet for Health and Family Services, which oversees Medicaid.

The Bluegrass State has also made enrollment easier by developing a one-page online form instead of having people fill out a 20-page application, he added.

Joan Alker, executive director of the Center for Children and Families at Georgetown University in Washington, D.C., said she expects Medicaid enrollment to keep rising this summer. “Given that there are no signs that the virus is coming under control anytime soon, job losses will become more permanent, and more folks will become eligible for Medicaid over time,” she said.

One reason Medicaid numbers have not grown faster, she suggested, is because people have more immediate needs than securing health coverage, especially if they are feeling well.

Many people are worried about getting unemployment insurance or getting evicted from their home, she noted. “That’s combined with the fact that many people are reluctant to go to their doctor because of safety concerns,” she said. “And, as a consequence, applying for Medicaid may not be at the top of their list.”

Chris Pope, a senior fellow at the Manhattan Institute for Policy Research, a conservative think tank, said the slower-than-expected growth in Medicaid could signal that people who were laid off had coverage through a spouse or a parent.

In addition, he said, “many jobs that went away did not offer health insurance,” citing millions of service-sector positions in industries such as hotels and restaurants that have been lost.

Beyond the surge in unemployment, Medicaid rolls have risen because states cannot discontinue coverage to people enrolled as of March 18, 2020, as a condition of receiving higher federal Medicaid funding included in a coronavirus relief package passed by Congress.

Medicaid is a countercyclical program, meaning enrollment typically rises during an economic downturn. But that forces states to face the fiscal challenge of paying for their share of the program even as tax revenue dries up.

An exception to this rule was the jump in enrollment starting in 2014 when the Affordable Care Act allowed states to expand Medicaid to cover everyone with incomes below 138% of the federal poverty level, or about $17,609 for an individual this year.

Enrollment soared by about 15 million people from 2014 to 2017, peaking at about 75 million as nearly three dozen states expanded the program. Since then, a strong economy and steadily declining unemployment levels led to a drop in Medicaid rolls until April.

Enrollment changes in April varied across the country.

California, which has the highest Medicaid enrollment in the country, saw its level hold relatively steady at 11.6 million people in April.

Florida’s Medicaid numbers jumped to 3.7 million in April from 3.6 million in March, nearly a 2.5% increase, the CMS data showed. Since then, Florida data shows enrollment has topped 4.1 million.

The Trump administration has been criticized by consumer advocates for not establishing a national campaign to promote Medicaid during the economic downturn and health crisis.

One indicator that Medicaid enrollment is still going up is the growing number of recipients in managed care plans in 16 states that reported data from March to May. Those plans have increased by a total of nearly 4%, according to a KFF report. (KHN is an editorially independent program of KFF.) Most states have shifted many of their Medicaid enrollees into these private health plans.

KFF estimated that nearly 13 million people who became uninsured after losing their jobs in March are eligible for Medicaid.

Robin Rudowitz, a KFF vice president, said there is typically a lag time of weeks or months before people who have lost their jobs and health coverage seek to enroll in Medicaid. The impact on Medicaid enrollment also lasts well after the immediate effect of a downturn, she said. 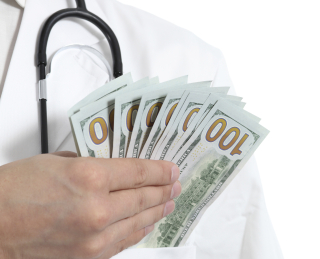 Medicare recently announced several ways in which scammers are attempting to steal numbers or other personal information, using fraudulent offers related to the COVID-19 pandemic.

Automated calls, text messages or emails appear to be the preferred method used for these scams. Some claim to offer free face masks, COVID-19 testing kits, cures or other protective equipment.

The catch, however, appears to be that people are asked to provide their Medicare numbers or other personal information in exchange for these supposed offers.

“If anyone reaches out to get your Medicare number or personal information in exchange for something, you can bet it’s a scam,” the agency said in an email PSA.

On its website, www.medicare.gov/fraud, Medicare offers the following tips and guidelines to protect against potential scams and fraud:

Those who experience or suspect fraud related to Medicare can call 1-800-MEDICARE to report it. 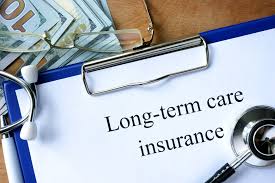 The coronavirus pandemic has had a devastating impact on the elderly, particularly those in nursing homes and other long-term care facilities. This has raised questions about how the virus has influenced the costs and provision of long-term care insurance, which covers care in facilities and sometimes at home as well.

There are lots of uncertainties regarding long-term care, insurance, and coronavirus. To read the full US News and World Report article about what we do know, click here. 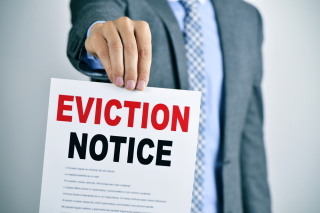 Illegal evictions of Medicaid nursing home residents are nothing new, but the coronavirus pandemic is exacerbating the problem, according to an investigation by the New York Times.

Some states have asked nursing homes to accept coronavirus patients in order to ease the burden on hospitals. Even as the virus has devastated nursing homes, some have been welcoming these patients, who earn facilities far more than do Medicaid patients. To make room for these more lucrative coronavirus patients, the Times found that thousands of Medicaid recipients have been “dumped” by nursing homes. Many of the residents were sent to homeless shelters.

Nursing homes make far more money from short-term Medicare residents than from Medicaid residents, especially since the federal Centers for Medicare and Medicaid Services changed the reimbursement formula last fall. Now, writes the Times, a nursing home can get at least $600 more a day from a Covid-19 patient than from other, longer-term residents. In other cases, it wasn’t about the money but simply pressure from states to accept Covid patients.

According to the New York Times, nursing homes have been discharging residents without proper notice or planning. Because long-term care ombudsmen have not been allowed into nursing homes, there has been less oversight of the process. Old and disabled residents have been sent to homeless shelters, rundown motels, and other unsafe facilities. The Times heard from 26 ombudsmen, from 18 states, who reported a total of more than 6,400 discharges during the pandemic, but this is likely an undercount. In New Mexico, all the residents of one nursing home were evicted to make room for coronavirus patients.

If you or a loved one are facing eviction, you have the right to fight the discharge. Contact your attorney to find out the steps to take.

To read the New York Times article about the evictions, click here.

Fong Law- A Heartbroken story under the COVID-19 Crisis

Estate Inheritance under the Coronavirus Crisis